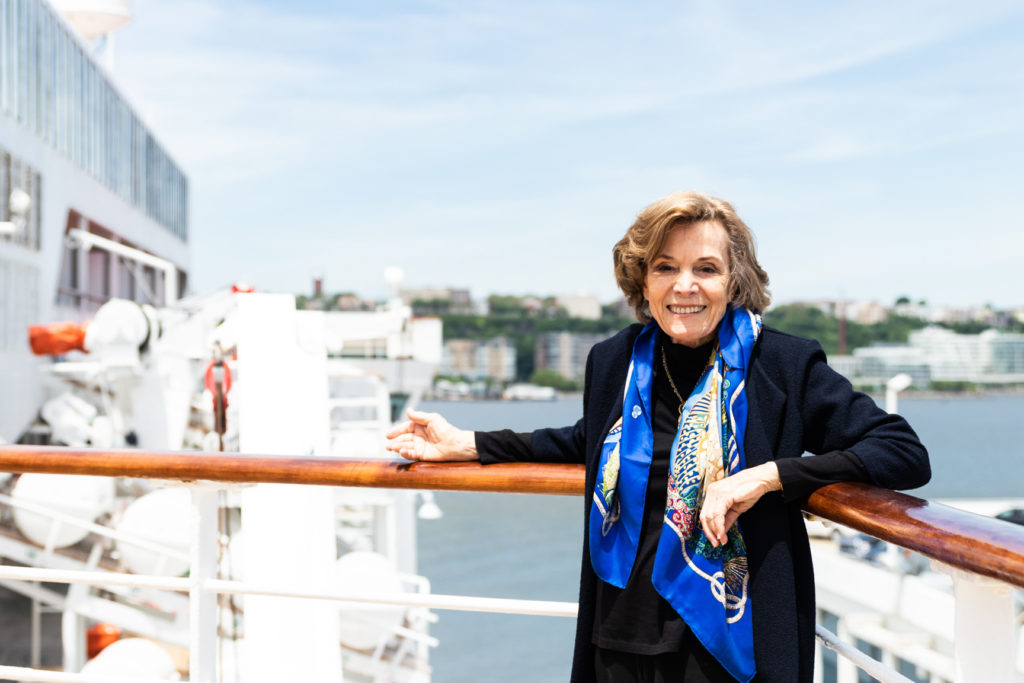 In 2018, Peace Boat and Dr Sylvia Earle announced a new partnership. The National Geographic Explorer in Residence and founder of Mission Blue is now an official supporter of Ecoship project and will collaborate with the organization on the development of its onboard ocean and climate research lab, which will monitor the state of the ocean and climate during the voyages. On World Oceans Day 2019, the oceanographer visited Peace Boat’s vessel for the first time to meet the Ocean and Climate Youth Ambassadors and take part in the event that was taking place onboard the ship in New York City.

Q: Why did you accept to get involved in this project?

A: Peace Boat is addressing the biggest problem of all: the lack of awareness of why the ocean matters. I’m deeply honoured to be a part of this project, a part of the Peace Boat movement to do what it takes to make a difference for the ocean to educate people to go around the world with a message of hope.

Q: You are a legend in the world of Marine Science and inspiration for many people. What was your first contact with the ocean?

A: I was three years old. My family went to the ocean in New Jersey. I remember first being able to hear the ocean, and then there was a different smell to the ocean. It was very distinctive and very nice, kind of sweet smell. And then as we came up, walking over the dunes, finally I could see the ocean. But, most importantly, I was able to race out and touch the ocean. I remember feeling the ocean, touching the ocean, and while we were playing along the beach, a wave came. I was splashing around along the shore but a wave came and knocked me over and got my attention. At first, it was a little scary because I was tumbled in the wave, but then my toes touched the bottom and my head came out of the water and I could breathe. At first, my mother wanted to take me out because I was being knocked over. But she saw the big smile on my face and she let me go back. I’ve been going back into the ocean ever since. 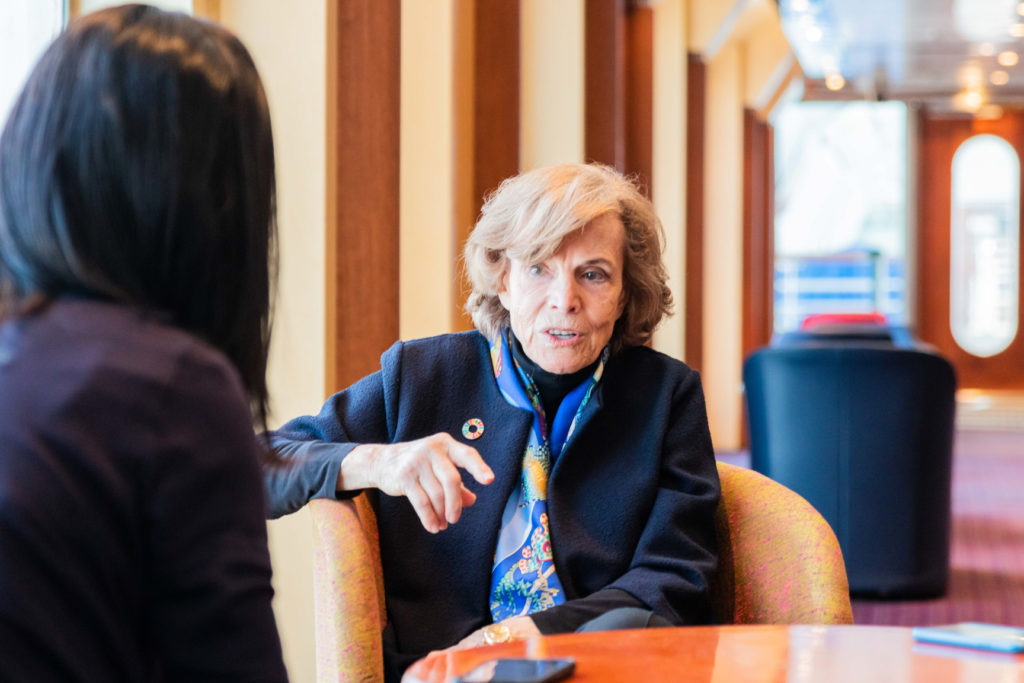 Q: Would you say knowledge is one of the important keys to change our future?

A: Knowing is the key not just caring but to understanding why it matters to take care of the ocean, why it matters to take care of the air, of life on earth. Go back 4.5 billion years and the earth was not favourable to us, we could not survive on a molten planet that was too hot for life to exist. Or even go back 3 billion years ago there wasn’t enough oxygen in the atmosphere. Photosynthesis, that magical amazing property of plants to capture carbon dioxide, generate oxygen and produce food, 2.5 billion years ago is when that began to happen. Gradually building up an atmosphere with oxygen. Providing a source of sustenance that made animals possible. And we’ve seen the development over this long period of time from microbial life to enough oxygen in the atmosphere to support large forms of life, ultimately including us. It’s taking us 4.5 billion years to create a planet that works in our favour and 4.5 decades to tear it apart, to contaminate the air, to contaminate the water, to consume the wildlife that is vital to our existence. Now we know, knowledge is our only hope. But it’s not good enough to know if you don’t act. But you have to know before you can care.