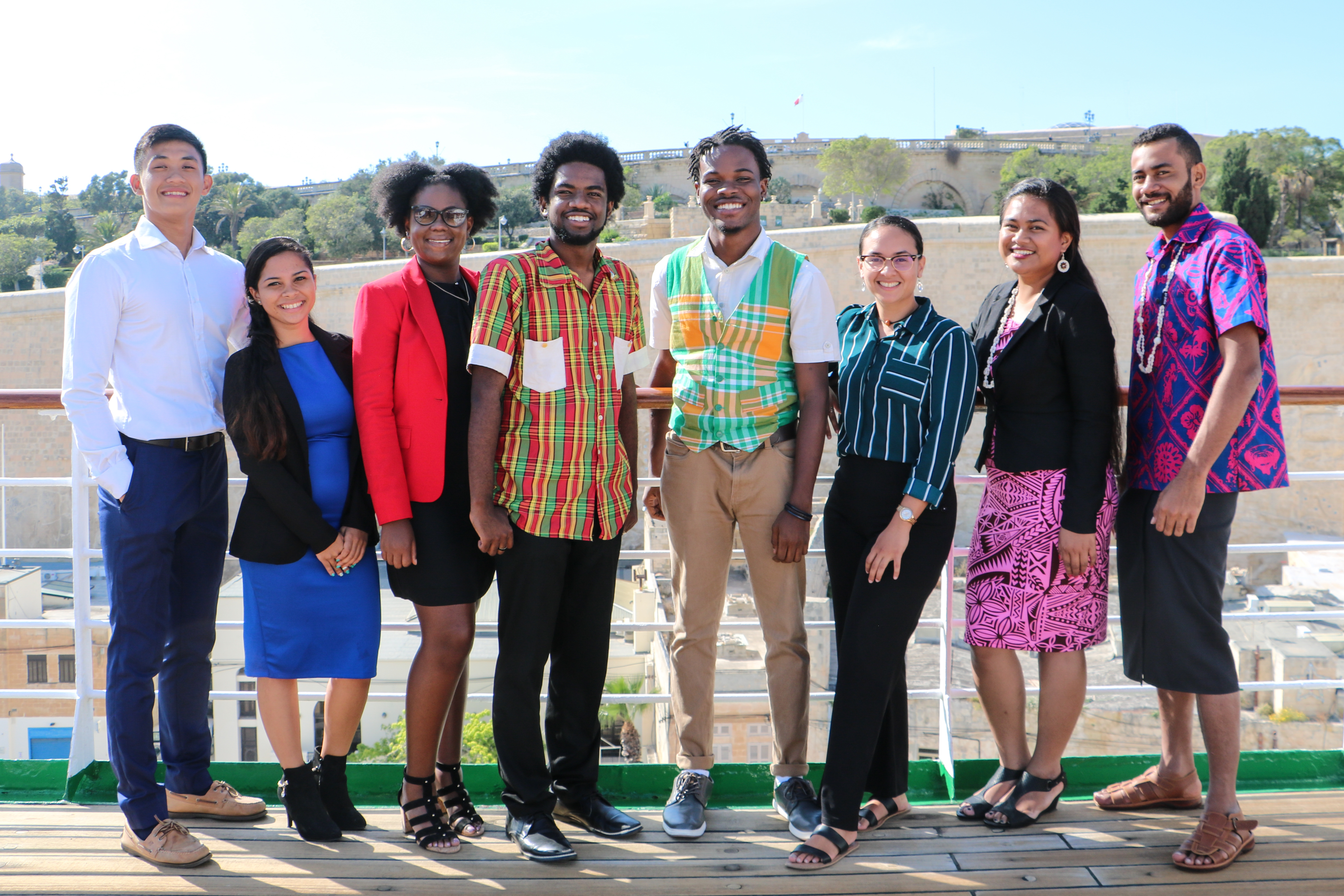 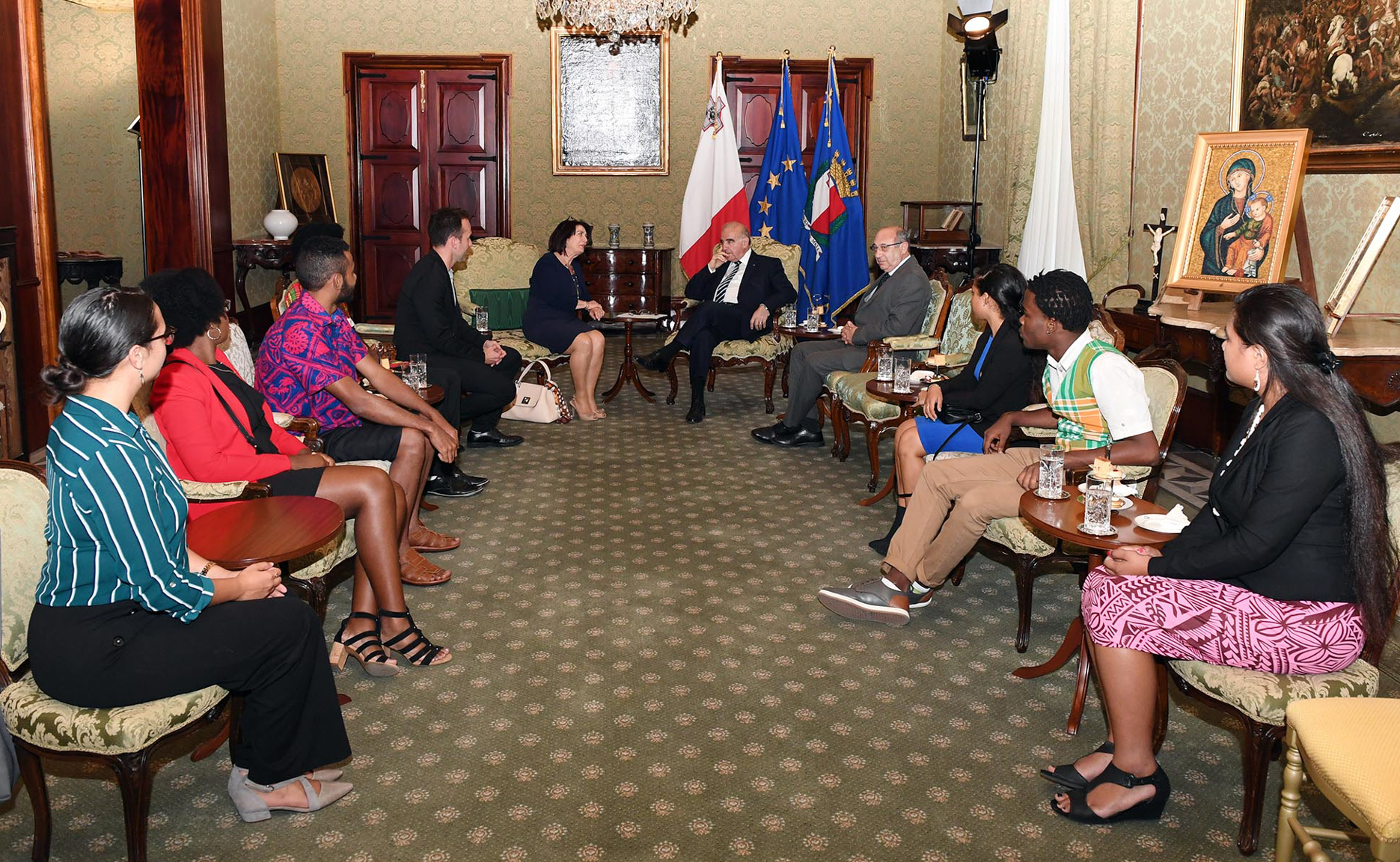 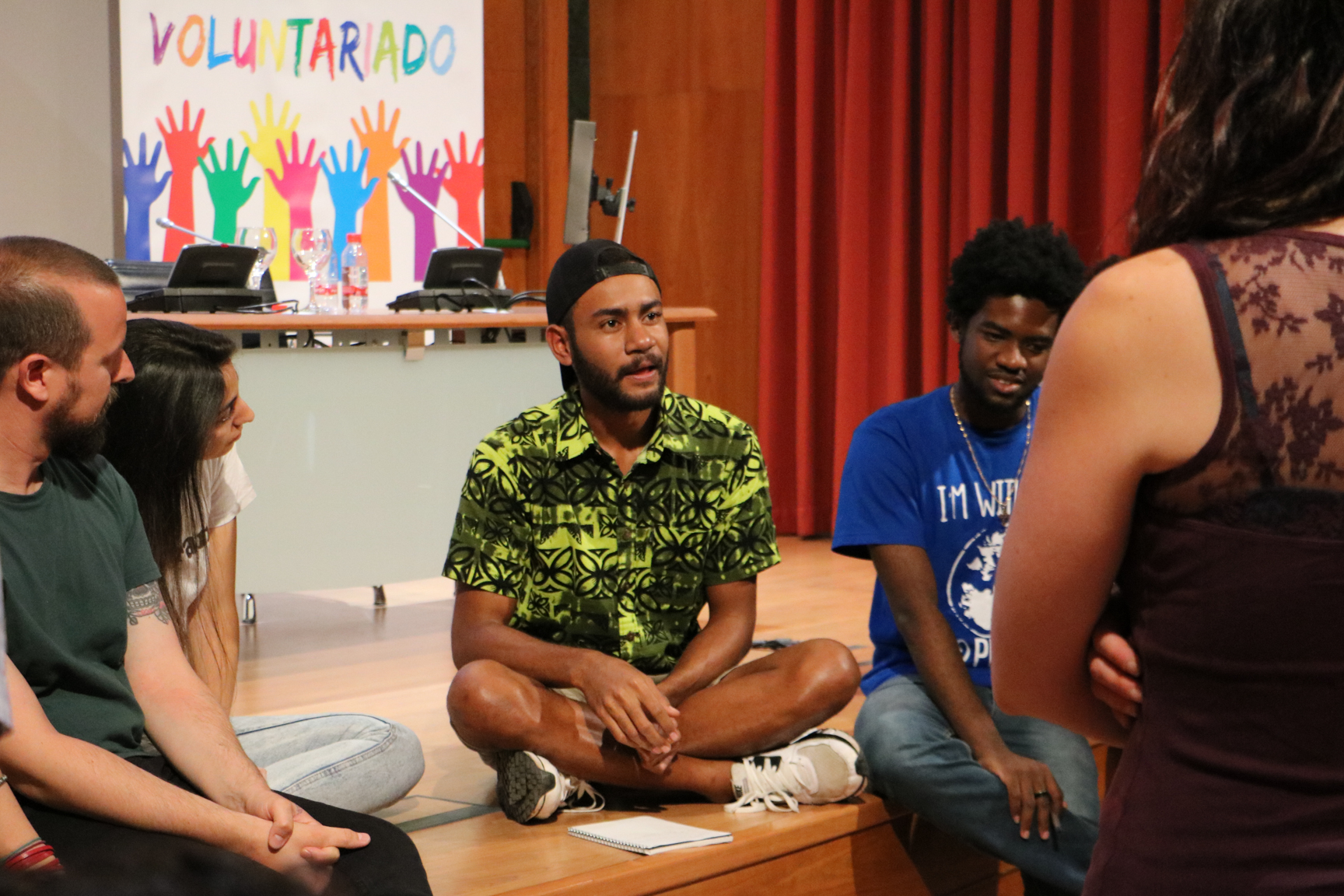 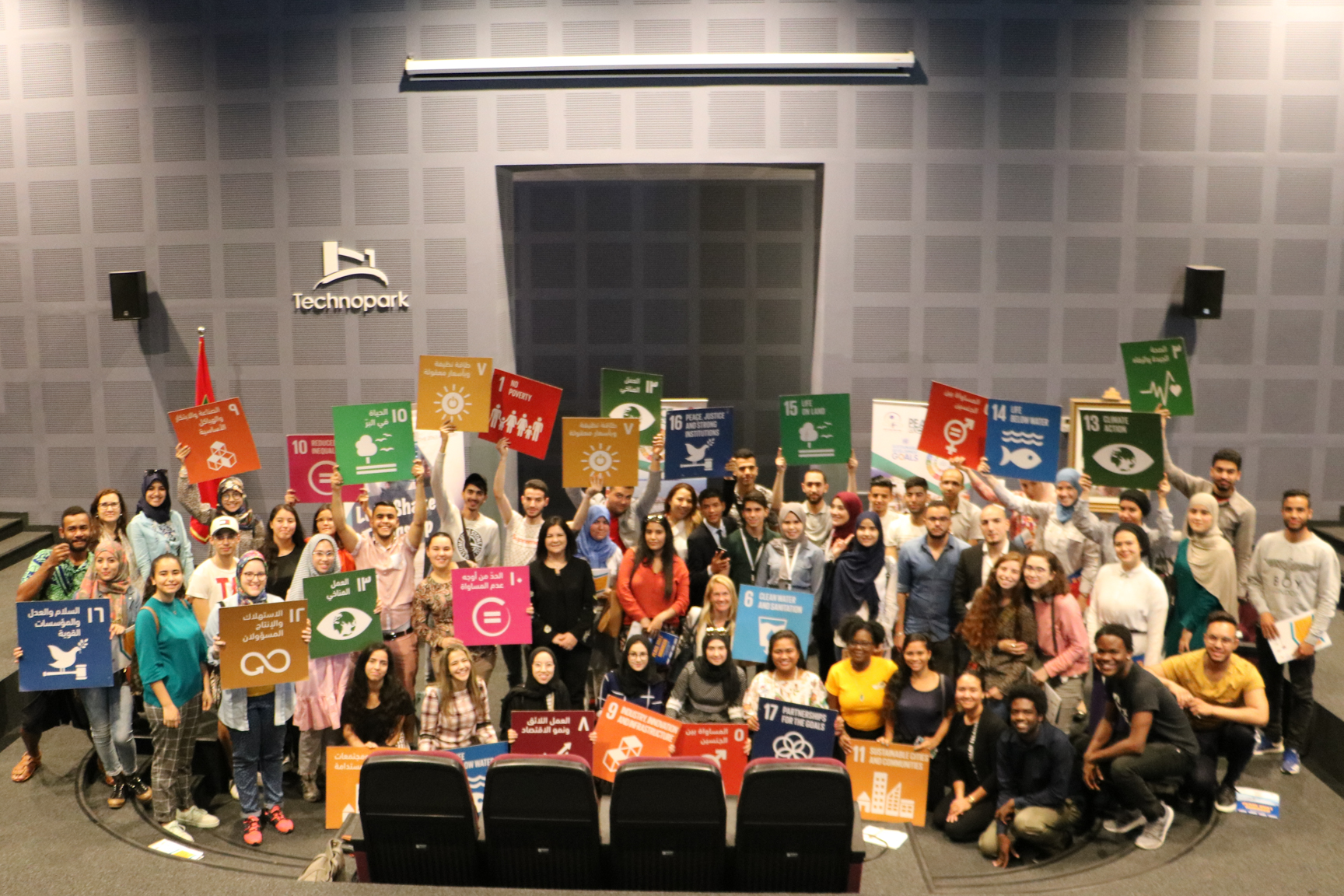 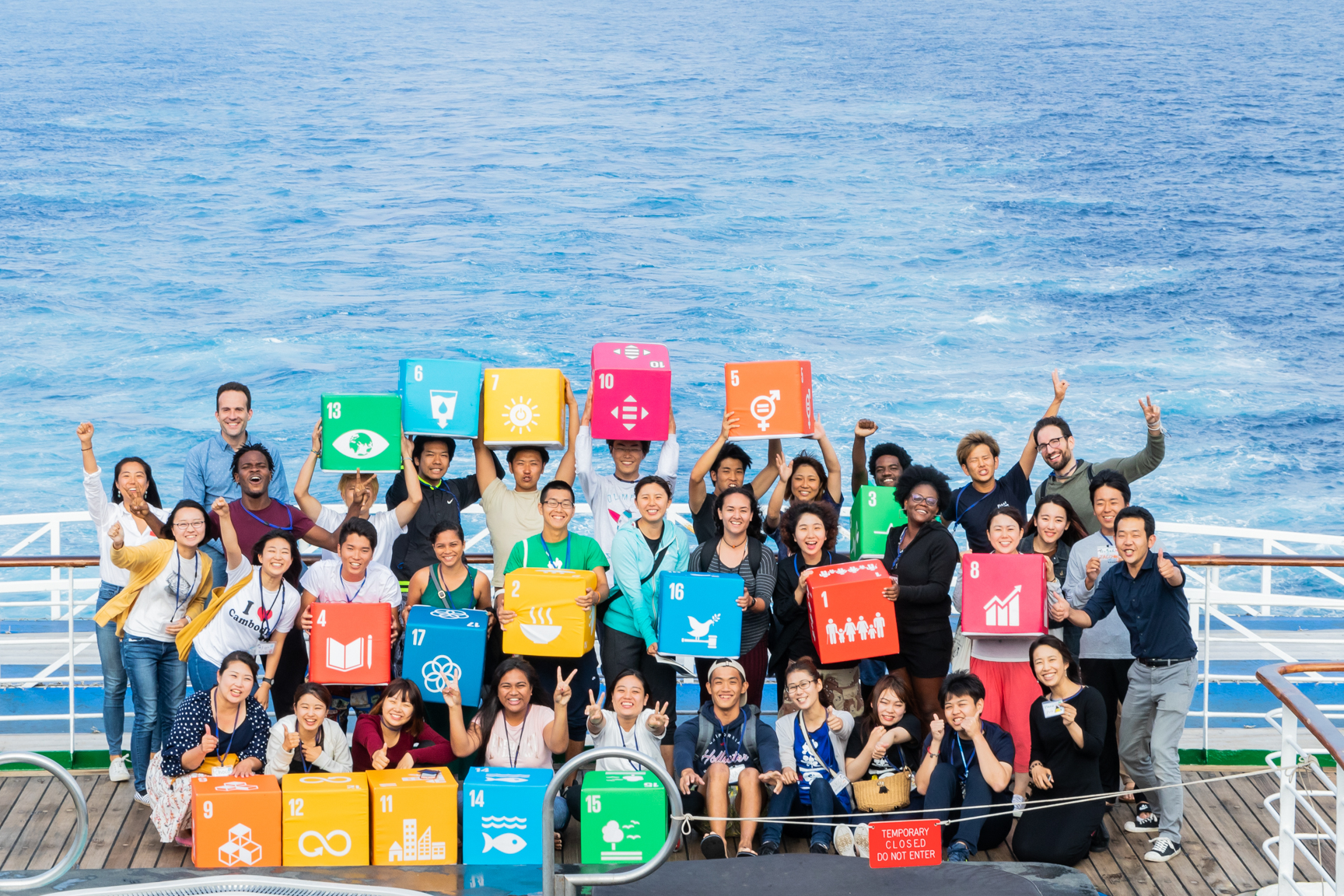 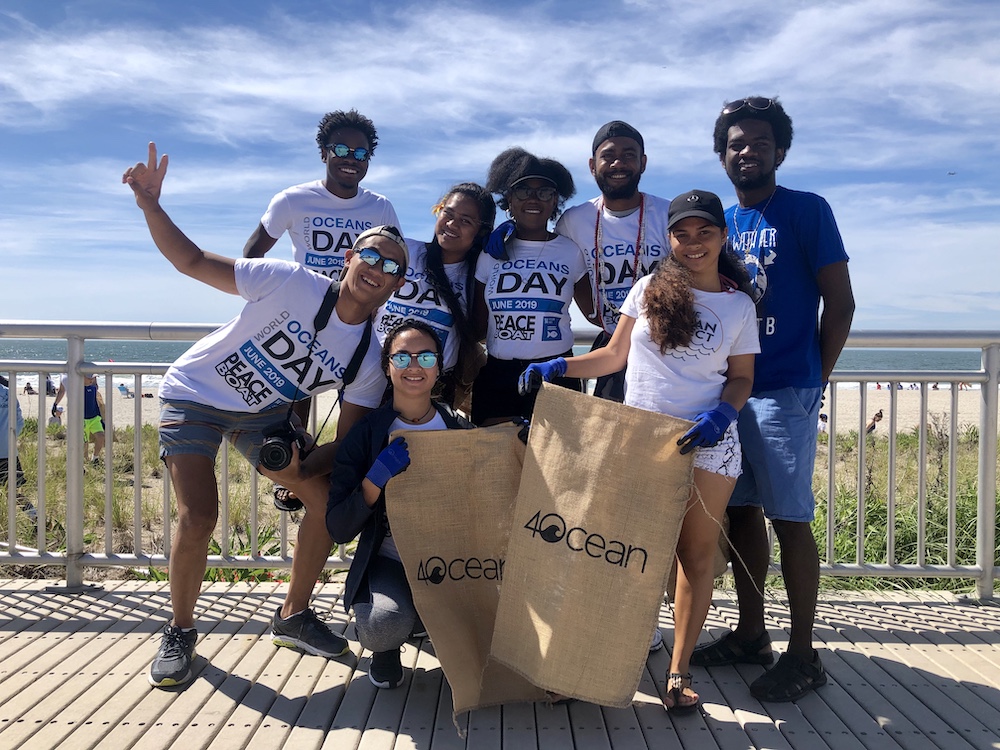 For the third year in a row after its launch in 2017, Peace Boat invited youth from small islands on the frontline of the climate crisis to travel onboard its ship to raise awareness of the impacts of climate change and ocean degradation.

The Ocean and Climate Youth Ambassador Programme began on May 24 in Malta. This time, the group of youth was from Tuvalu, Fiji, Palau, Seychelles, Singapore, Saint Lucia, Montserrat and Trinidad and Tobago.

In Valletta, the programme began with an event at the University of Malta. After the event in the University, the youth went to the Palace of Valetta for a courtesy call upon HE President of the Republic, George Vella. The day concluded with an event onboard Peace Boat’s vessel with parliamentarians and members of the civil society in Malta.

On May 27, Peace Boat’s Ocean and Climate Youth Ambassadors arrived at the Port of Motril onboard the 101st Global Voyage. The group traveled to Granada to take part in an event at the university. The youth ambassadors also had a meeting with the president of the Asociación Española de Educación Ambiental (AEEA) to learn how climate change is affecting the south of Spain.

On May 28, Peace Boat stopped in the port of Tangier, Morocco, where a day focused on the UN Sustainable Development Goals (SDGs) was organized by local partners Atlas for Development.

The day’s events began in the morning with a meeting with Moroccan youth from Atlas for Development and the Tangier Youth Council. The main event of the day was held onboard Peace Boat’s vessel docked in the main port of Tangier. More than 200 people visited the ship to take part in a high-level event focused on “The Climate Crisis and the Sustainable Development Goals”. After the onboard event, there was still time for the local partners and youth from Morocco to show the youth ambassadors some of the main sights of Tangier.

On May 31, the group arrived in Ponta Delgada, in the Azores Archipelago. During the day, the group was hosted by professors from the University of the Azores from whom they learned about the many challenges that this group of nine islands in the middle of the Atlantic Ocean is facing in relation to climate change. The youth ambassadors and the university professors traveled around the island by bus, learn some history and see first-hand how coastal erosion is affecting this part of Portugal.

After this visit, the group went back to Ponta Delgada, where they returned to Peace Boat to start a 6-day journey to New York City. During their time onboard, they organized many activities to introduce their islands to the Peace Boat’s participants. They also did many events to explain how climate change is affecting their home countries.

On June 7, the group arrived in New York City, where the programme concluded with three intense days of activities to celebrate World Oceans Day with United Nations and civil society partners. The first day of activities in New York concluded onboard the ship with the official reception for the UN for World Oceans Day. The Ocean and Climate Youth Ambassadors spoke and performed as part of the programme. On June 8, a family-friendly day of activities was held onboard Peace Boast, providing a venue for civil society to highlight local initiatives on the SDGs. A special highlight of the day was the keynote speeches by “Her Deepness” Dr. Sylvia Earle, National Geographic Explorer in Residence and Founder of Mission Blue, together with Mr. Fabien Cousteau of the Fabien Cousteau Ocean Learning center, both Ecoship supporters. On June 9, the Ocean and Climate Youth Ambassadors took part in a beach clean-up organized by 4Ocean at Rockaway Beach.

With this activity in New York City, Peace Boat concluded the third edition of the Ocean and Climate Youth Ambassadors Programme and all the youth taking part returned home to keep their work raising awareness about climate change and ocean degradation in their local communities.