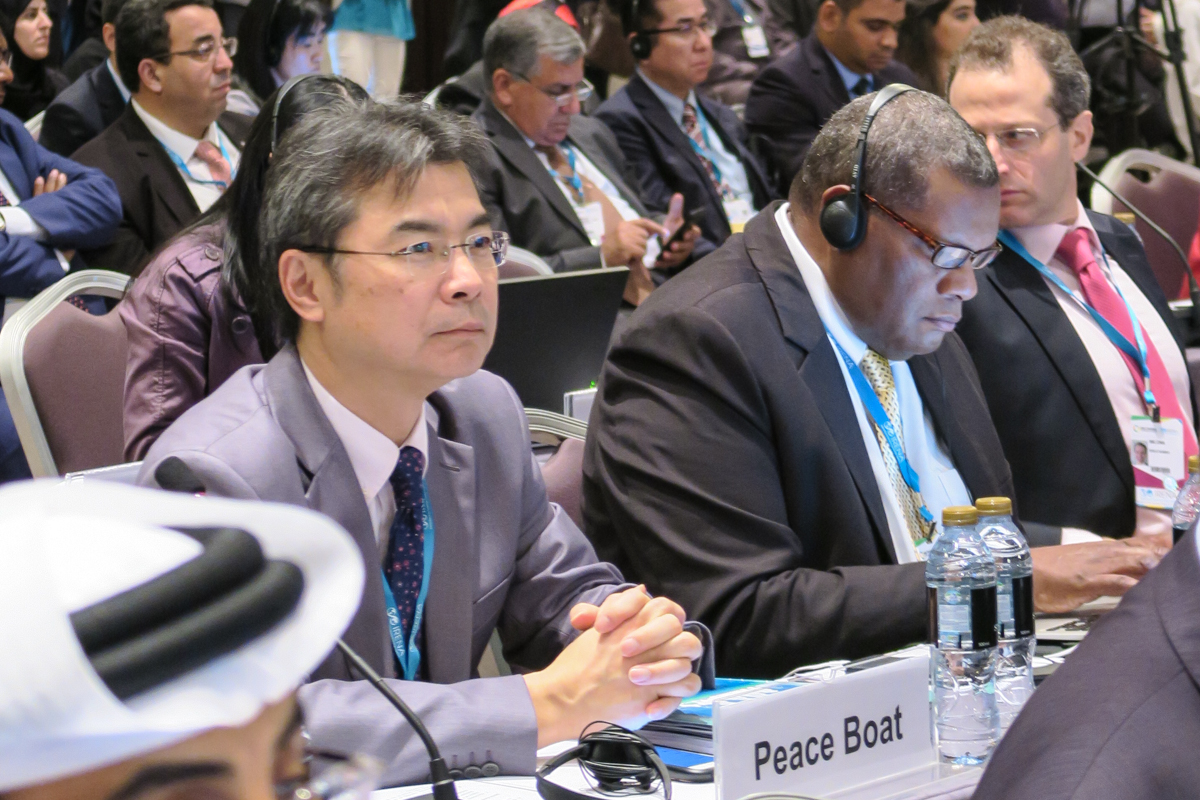 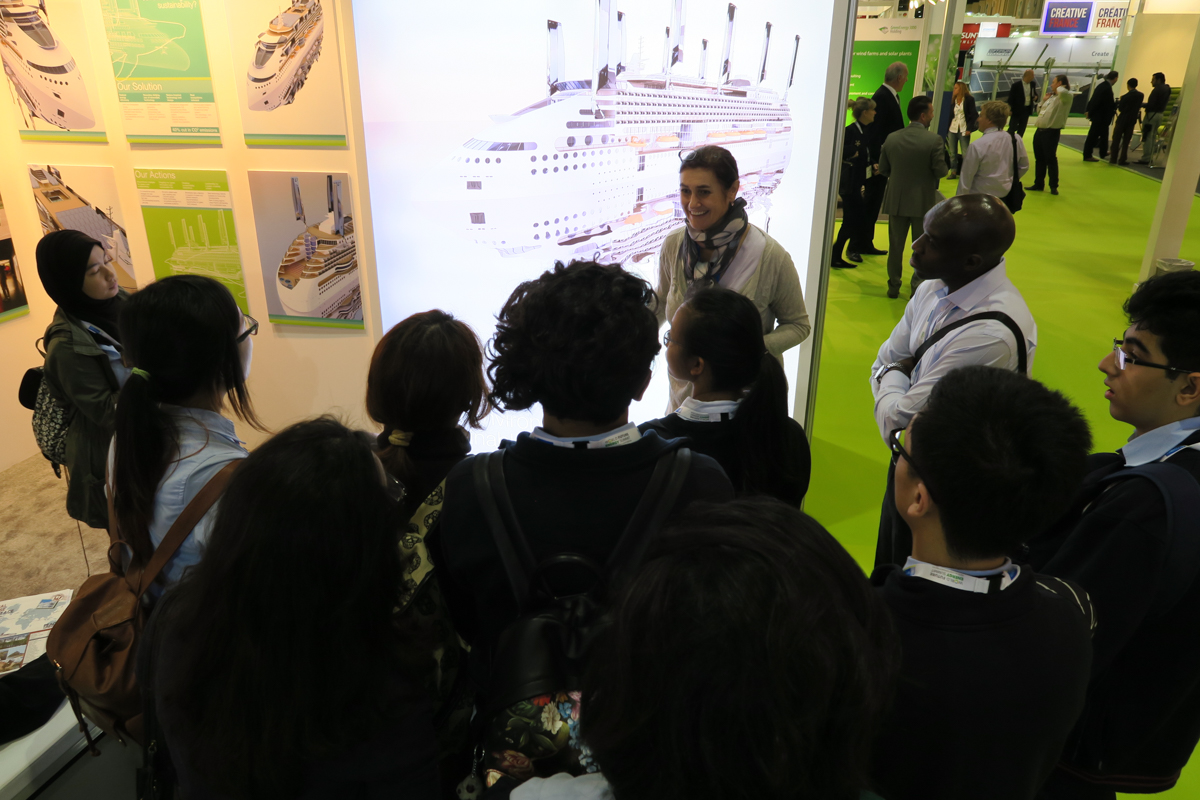 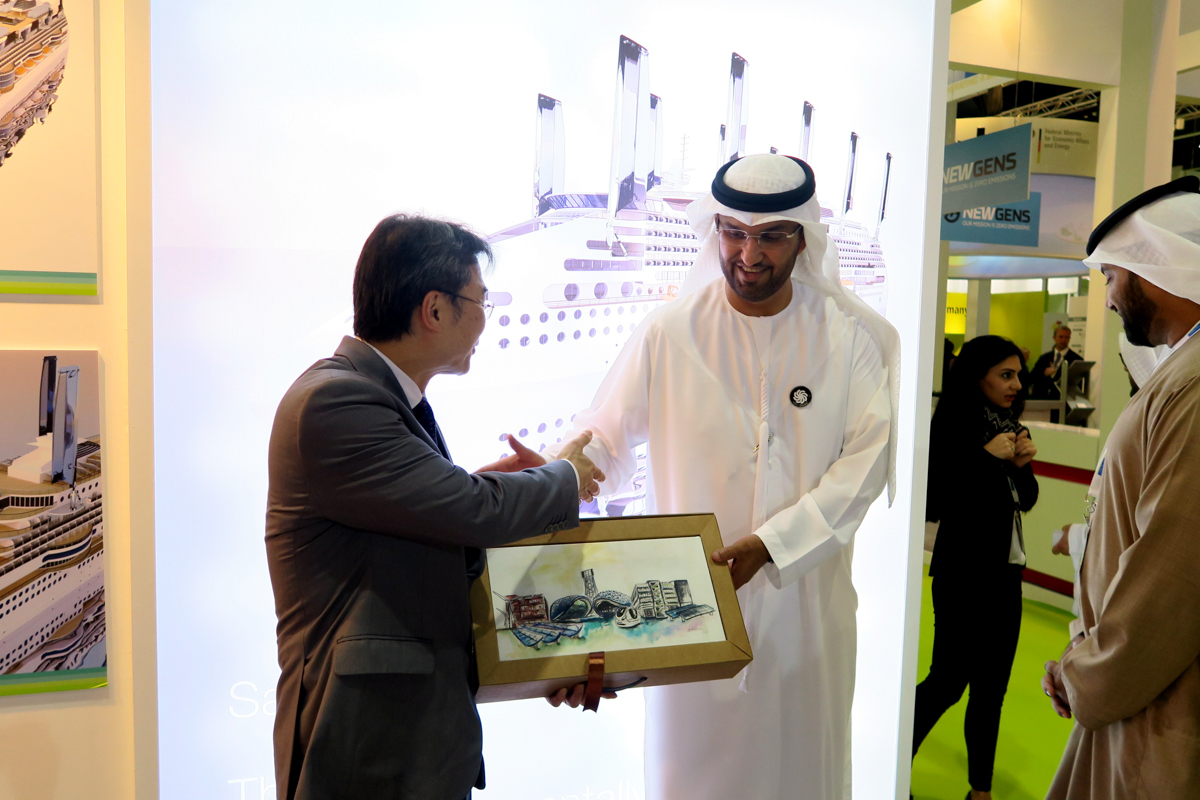 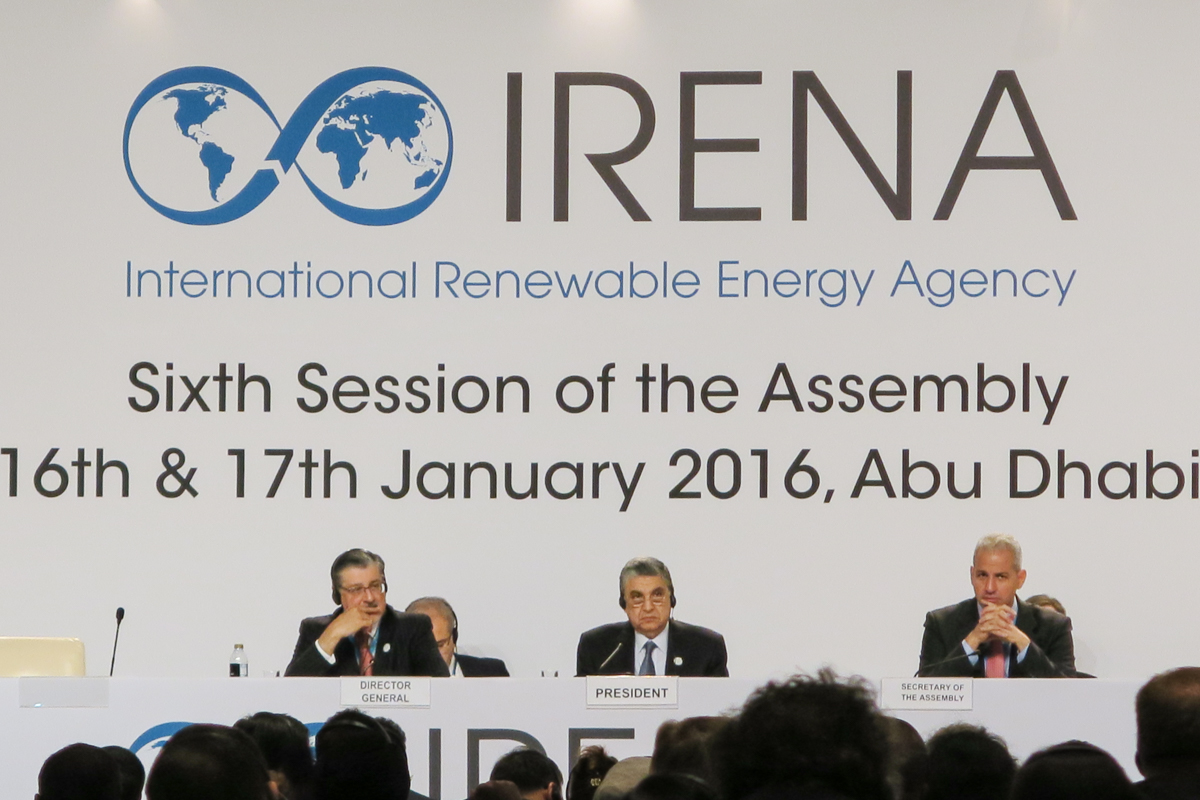 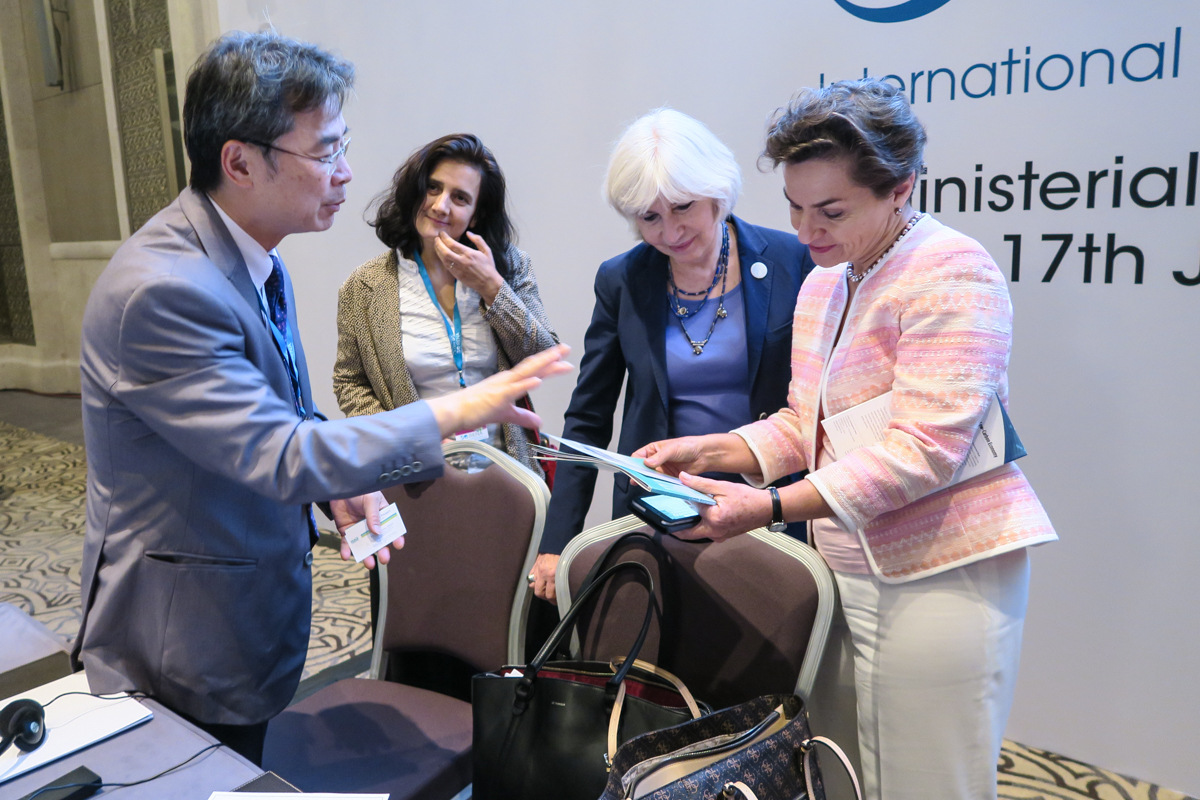 Following its debut at the COP21 Climate Change meeting in Paris, the design for Peace Boat’s Ecoship was displayed at the World Future Energy Summit on the world’s stage at Sustainability Week in Abu Dhabi, in the United Arab Emirates, from January 18-21 2016.

In bringing the Ecoship Project to Abu Dhabi’s Sustainability Week and the World Future Energy Summit, Peace Boat sought to develop synergies with actors in the new energy field and expected to draw inspiration from the pioneering work of Masdar City. Masdar is a planned city project in Abu Dhabi that relies on solar energy and other renewable energy sources.

“We’re eager to contribute to Masdar’s ground-breaking work on energy leadership beyond hydrocarbons, and we admire its holistic vision in integrating business together with educational and sustainable development. The global shipping industry is currently one of the major contributors to greenhouse gas emissions, but we believe the Ecoship will capture the public’s imagination on what is possible at sea and challenge for change, in the same way that Masdar City is challenging thinking on land”, said Yoshioka Tatsuya, Founder and Director of Peace Boat. Yoshioka gave a tech talk during the Sustainability Week in Abu Dhabi on January 21.