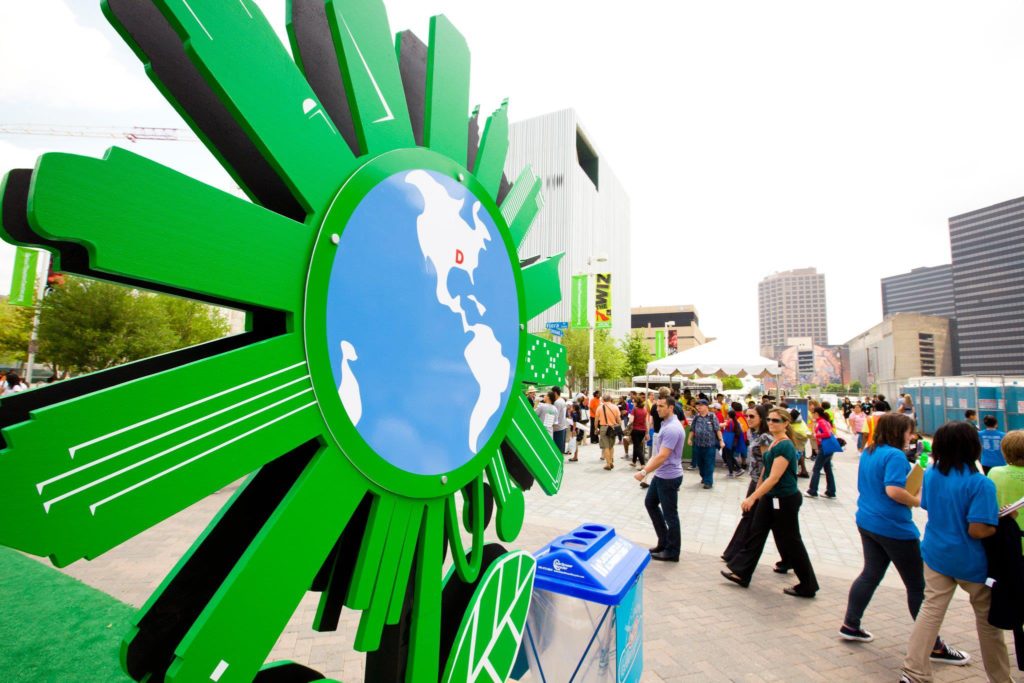 With a mission to connect the global community to create a sustainable world for all life and future generations, Texas-based nonprofit EarthX is hosting the world’s largest environmental expo, conference and film festival from April 13-22, 2018, at locations throughout Dallas, US. Along with our partner organization Global Green, the Ecoship team will be taking part in EarthXExpo between April 20-22 and one of the main events, the EarthXOcean Conference on April 22, 2018, at Fair Park in Dallas. Designed to increase awareness of the important roles oceans play in our daily lives, this exhibition and conference will stimulate greater corporate and government support to protect our oceans. Yoshioka Tatsuya, founder, and director of Peace Boat will be speaking in a couple of events during the conference.

Founded in 2011 by Dallas-based environmentalist and businessman Trammell S. Crow, EarthX, formerly known as Earth Day Texas, began as an outdoor event spanning five blocks of Flora Street in the Dallas Arts District. It has grown to occupy approximately 45.000 m2 of indoor and outdoor event space in Dallas’ historic Fair Park. In 2017, the event drew 116,000 attendees, 800 exhibitors, and more than 250 speakers.

Confirmed, renowned speakers in their areas of expertise for EarthX 2018 include astronaut Buzz Aldrin, Dr. Sylvia Earle, Mission Blue and Paul Watson, Sea Shepherd. On April 22, Yoshioka will take part in a round-table called “International Perspectives and Initiatives” from 10:50-11:50 AM at the Squid Ballroom in Briscoe Center. The same day, Yoshioka will introduce Peace Boat’s work and the Ecoship Project from 16:00 – 16:25 PM at the Centennial Stage.